Home » Imam Hussain » Poetry : After My First Ever Majlis About Karbala

Poetry : After My First Ever Majlis About Karbala 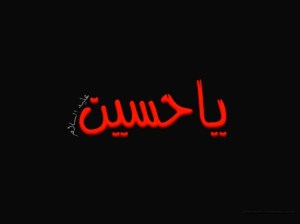 Listen to the author recite : After My First Ever Majlis About Karbala

I am so ashamed tonight

on the plain of Karbala

“We still have the prayer, the fast, the pilgrimage and the Qur’an”

“I am a new convert, and I shouldn’t be expected to sacrifice so much”

“We are all Muslims, and I shouldn’t take sides”

you stand in the Truth

and from the center

such that if you had compromised, showed weakness, or acquiesced

no guiding light to help us see through the darkness

and we would be left with tyranny and dissolution

where once there had been a light giving lamp

and had I lived on after your death

fearful that those in Damascus would be watching and waiting

“We are all still Muslims”

“I’ll just pray, fast, read the Qur’an, be good to my family, and insha’Allah that will be enough”

and perhaps many years later

without so much as a word of protest

or a line of lament

when my heart had already been laid waste by the forces of nafs, hawā, shayṭān, and dunyā

I have no refuge except in Your Mercy

when You show me the hypocrisy that dwells within

R. David Coolidge is currently a stay-at-home father and volunteer teacher for the Islamic Center at NYU. Prior to that, he was the Muslim Chaplain at Brown University and Dartmouth College.

This poem was originally published on the author’s blog: David Coolidge

← Poetry : The War of Alphabets Zehra Naqvi : Why I am Shia →