Home » America » Zehra Naqvi : Why I am Shia

Zehra Naqvi : Why I am Shia 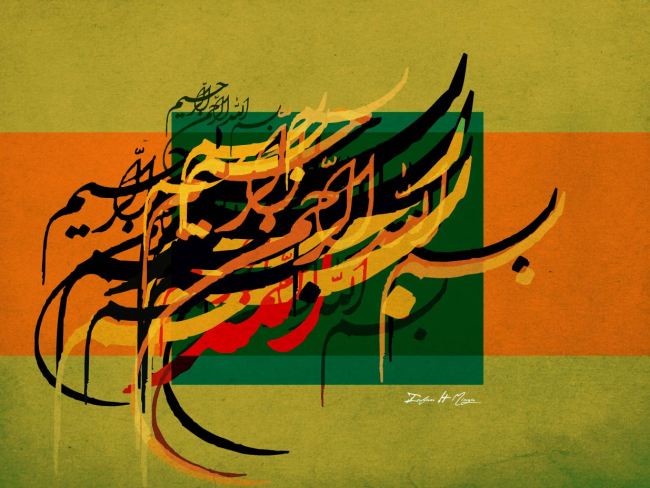 Most of my peers think religion is backwards, a relic of more superstitious times, an ideology based on fairy tales.

I don’t deny I grew up with stories, but the stories of my faith shaped my understanding of social responsibility, justice, and purpose. I’m a professional in my thirties and although I never considered myself particularly devout, I realize that most of the people around me see me as a person of faith. One of the first things most people learn about me is that I’m Muslim. Shortly thereafter, they learn that I’m part of the Shia minority sect of the faith. Most people don’t know what to do with the latter information. I imagine the questions they have in mind but never ask out loud, are: Why are you Shia? What does being Shia mean to you?

Admittedly, it’s not a simple answer. Most Shias asked these questions feel compelled to start talking about events that unfolded in an Iraqi city called Karbala over a thousand years ago. For those born into a Shia family, it’s one of the first stories we hear growing up. It’s tough for us to articulate the story objectively because we’ve grown up with dramatic retellings about what happened in the battle of Karbala and heard about the people involved as if they were our own long lost family.

The simplest retelling of the story is that there was a corrupt political ruler trying to enhance his influence and control by having the religious and spiritual leaders of the time recognize his rule as legitimate. After Prophet Muhammad died, a power grab resulted. A caliphate was set up rather than permitting Prophet Muhammad’s son in law, Ali, to rise in his stead a leader of the people, as Shias believe the Prophet himself wanted. Over generations, although family members of the Prophet were included in the caliphate, the family was marginalized and seen as a continuing threat by political leaders who feared that the family would assert their own claims to power by virtue of their lineage to the Prophet. The Prophet’s son in law, Ali, was later assassinated while he prayed in a mosque. Ali’s son, Hasan, was poisoned. His brother, Hussein, was put to the test at Karbala.

The Prophet’s family was not interested in civil war and did not raise a rebellion to win political power but to preserve the integrity of the faith and its principles. Battle was undertaken only after all other nonviolent avenues had been exhausted. Things had come to a head and it all came down to whether the Prophet’s grandson, Hussein, would pledge loyalty to the corrupt political leader of the time, Yazid, and thus compromise his principles, his faith, and his family’s legacy. He refused, and so Yazid sought to make an example of him by cutting him and his supporters down.

The battle of Karbala was not a war between two equally matched sides, but a massacre of a small group of men and boys by an army that nearly entirely wiped out Prophet Muhammad’s family. The women and children that survived were taken as captives and marched over 500 miles from Karbala to Damascus. It was a stand made for the spiritual legacy of Islam. It was the ultimate statement that the faith was not something that could be compromised to fit the political aims of corrupt, power-hungry rulers but for the continued sanctity of the faith and protecting it from becoming a tool of purely political and immoral gains. There are many details of the battle and the events leading up to it that elicit a lot of sympathy and outrage. Hussein’s camp, which included women and children, was cut off from food and water. Even Hussein’s baby was murdered when Hussein offered him up to his enemies so that they may give the child water without fearing that Hussein or the others may drink the water themselves. Hussein was a leader that gave his companions one last chance to save their lives the night before the battle, offering them the opportunity to leave under the cover of darkness as he knew the battle he would embark on would be a massacre. Not one of his supporters left. There are literally hundreds of stories within the context of the battle and they remind me that, as Muslims, we are still expected to meet a certain standard of conduct, even while waging a war. It reminds me that I represent not only myself in any venture, but my faith. The stories have taught me about patience, standing up for what I believe, compassion, mercy, sacrifice, and devotion. As a student of history and war, the conduct of Hussein and his companions in Karbala is certainly one of the reasons that I am Shia. 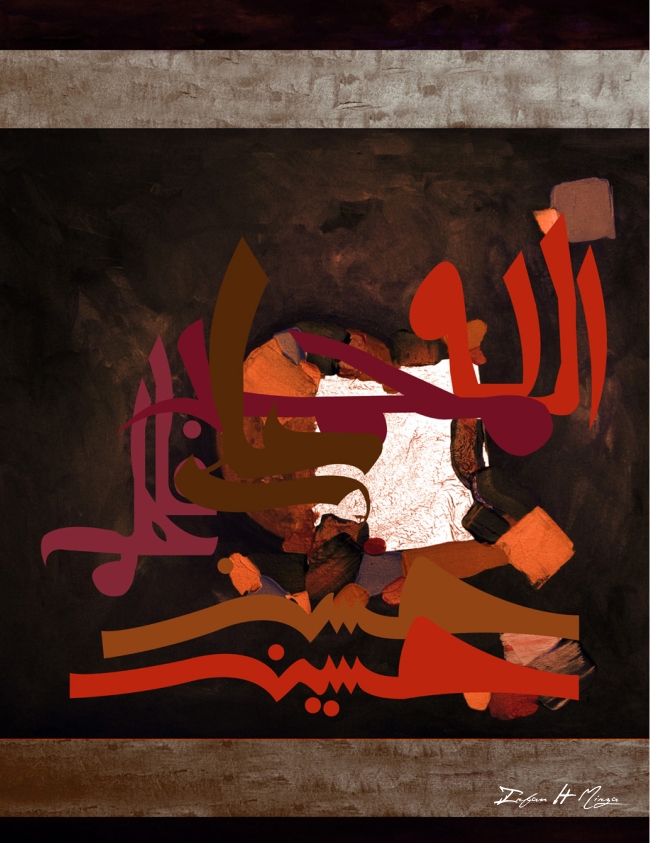 After Yazid’s army won, the surviving women and children and one adult male were the only ones left to tell the tale of what had happened. The story of Karbala is alive today because of these few who became powerful storytellers that safeguarded the oral tradition and continued to stand up for the true legacy of Islam. The Prophet’s granddaughter, Zainab, faced the humiliation of her oppressors having torn her head covering from her and paraded her along the long, arduous march from Karbala to Damascus. Despite her treatment and the crippling grief of losing so many loved ones, Zainab boldly delivered a powerful and stirring speech in the Damascus court of Yazid, confronting him, reminding him of who she was, who he was, and of the Prophet’s and Hussein’s legacies. Before Karbala, Fatima, the Prophet’s daughter, stood up publicly for her inheritance rights before the governing caliph of the time. It was another instance where the family of the Prophet was being denied their rights. Before her, the Prophet’s wife, Khadija, the first convert to Islam and a successful businesswoman, used her devotion and wealth to help protect and perpetuate Islam. The legacy of strong women is another reason I’m Shia.

These stories, and countless others about the Prophet’s family, form the foundation of my understanding of Islam. I am not the type of person that can teach myself a subject through a textbook alone. So these stories are the lens through which I learned about and came to understand Islam. Before I could even read, I learned a lot about our value system from these stories. No matter what anyone’s age, gender, or position in life, there was a character in these stories that they would be able to relate to. As I grew older, I read about the events leading up to the battle and its aftermath. I read about people that died long before the battle and the heirs of the legacy that came long after the defeat in Karbala. Although we always start our answer with Karbala, being Shia is not just about one battle, but about a legacy of standing up for what’s right, safeguarding one’s integrity and beliefs, and setting an example. These were the people that guarded the Quran’s teachings and embodied the practice of Islam. Most Muslims agree that, when he was approaching death, the Prophet said that he was leaving his flock with two important things – the Quran and his family. 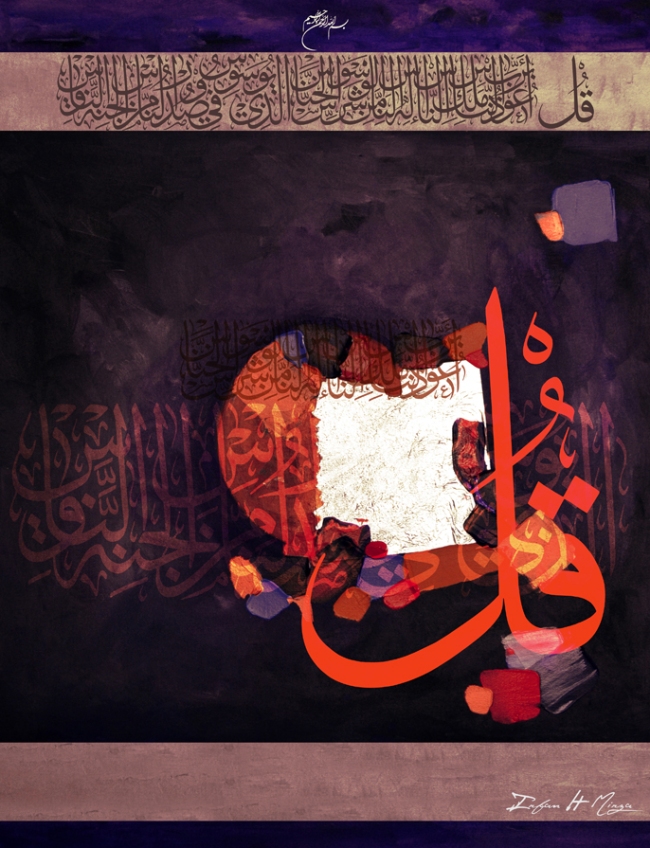 Those that think Shias worship these historical characters misunderstand us and misconstrue the truth: we are simply awed and humbled by the example the Prophet’s family provided of what true faith and honor mean. The lessons we inherited are not about martyrdom or death, but using our lives to serve as worthy representatives of a legacy of social justice, protection of minority rights, and community building. I reflect on these stories often, and I join millions of people around the world in mourning their loss and honoring their lives and legacies during Muharram. A shared sense of community, built around honoring the principles of the Quran and legacy of the Prophet’s family, is also why I’m Shia.

So, when I say I’m Shia, I’m stating that I’m committed to honoring the teachings of the Quran and also preserving the legacy of those that embody the spirit of the Quran and the Prophet’s teachings. Protecting this legacy is still such a threat over a thousand years later, that Shias continue to be persecuted worldwide – with thousands killed in Pakistan, an Anti-Shia Alliance Convention held in Indonesia, Malaysia banning Shias from spreading their faith, and apartheid-like practices in effect in Saudi Arabia and Bahrain, to name a few. It is a frightening reality, but it also serves as a reminder that these stories have power and influence and can outlive persecution, defamation, and death, as they have before. The stories and characters give context and color so that I can gain a deeper understanding of the faith and my place in the bigger picture.

If the comparison is to fairy tales, then I suppose the best way to describe it is that we Shias feel our lives are enriched by knowing these historical tales and the characters within them, commemorating them every year, and reminding ourselves through them that we have the social responsibility to battle dragons – the ones within, amongst our own, and in the world at large.

Zehra Naqvi was born in Karachi and raised in New York. She is a lawyer by day and storyteller by soul. If you would like to read more of Zehra’s work, please visit theobserveum.blogspot.com.

← Poetry : After My First Ever Majlis About Karbala Bahrain Manufactured Sectarianism →