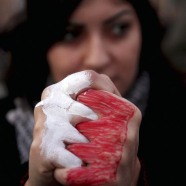 Posted by Muharram In Manhattan on October 30, 2014 in Imam Hussain, Islam, Karbala, Muharram | Leave a comment

When discussing Ashura and the events of Karbala, the story of Zuhayr ibn Qayn is one that is often glossed over. Zuhayr was an Uthmani and not a Shi’a of Ali (as), however he and Imam Hussain crossed paths as the Imam traveled to Kufa to answer the calls of the oppressed citizens. While Zuhayr was not technically a Shi’a, he was a devout Muslim, and once the grandson of the Prophet’s plight became known to him, he could not leave his side. Zuhayr recognized the impending injustice, and as a man of character, he felt he must do something. Zuhayr ibn Qayn realized that standing up against tyranny and oppression was a universal cause that could not be defined by partisan lines (When Zuhayr died he called himself a Shia of Imam Ali).

The effort to isolate the commemoration of Ashura within sectarian lines is promoted by those who would seek to erase that lesson from history. To acknowledge its universality is to open the door for all people to stand up against oppression and tyranny wherever and by whomever it may be committed. That a precedent exists for Muslim citizens of Muslim countries to stand up to corrupt Muslim leaders has led countries like Saudi Arabia to suppress this history. They accomplish this by engaging in sectarian rhetoric; pitting Sunni against Shi’a and forcing them to forget their common grievances and their universal values.

Bahrain has become a textbook example of this phenomenon. What started as a popular protest movement calling for democracy and human rights reform, where both Shi’a and Sunni came out in droves, has been framed by the government as a Shi’a uprising against a Sunni ruling family. While the majority of the population, and therefore a majority of protesters, in Bahrain are Shi’a, the government narrative belittles those Sunni Bahrainis who had stood with Shi’a in demanding universal human rights. 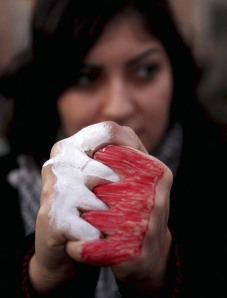 Following Zuhayr ibn Qayn’s example, Ibrahim Sharif ultimately paid a price for the cause he believed in: his freedom. Sharif was arrested in the early morning hours at gunpoint by masked security officials one month after protests began. He was sentenced to five years in prison for his participation in the protests, and at his appeal he had this to say to the judges: “Ideas, gentlemen, cannot be assassinated or arrested, and they cannot be defeated in this court or any other tribunal of the state.” He concluded by saying, “They can detain us, but they cannot arrest our dream…a dream of freedom for our people and dignity for our family.” On Ashura, it is important for all of us to recommit ourselves to our universal values and stand for justice and dignity in the face of tyranny, wherever it may be.

Husain Abdulla is the Executive Director of Americans for Democracy & Human Rights in Bahrain (ADHRB), a non-profit organization dedicated to advocating for human rights in Bahrain, Saudi Arabia and other GCC countries. Information about ADHRB can be found on their website, www.adhrb.org and on Twitter, @ADHRB.

← Zehra Naqvi : Why I am Shia Muslim Community In America? →