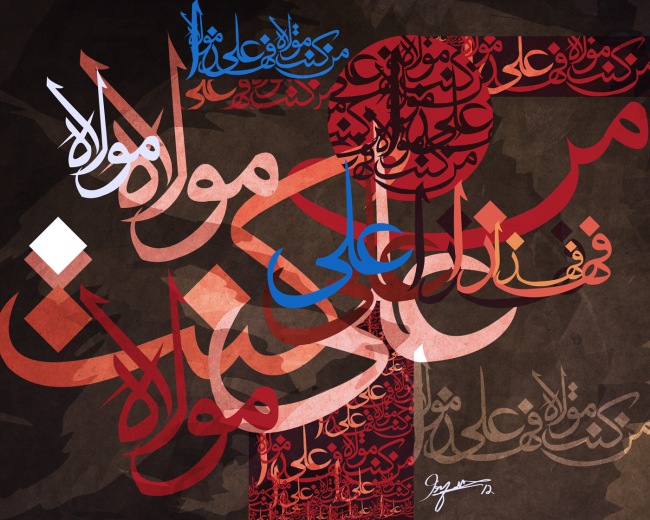 Most young Shii have likely heard stories about how, decades prior, their immigrant parents or community members used to hold majalis [1] in their homes. They would do this with the few other Shia families of which they were aware. People would drive long distances to sit in someone’s house gathered round a television set or radio to listen to a pre-recorded lecture. This, as they often will recall, was the beginning of the establishment of the Shii community in America. It was through this mutual love of the Ahlul Bayt [2], epitomized by the sacrifice of Imam al-Ḥussain (as) [3] families were brought together yearly and the very first Shia communities were developed. And as immigrants gradually accepted the permanence of their migration, they began to organize and pool together resources in order to plan for what they envisioned as the next logical step: the creation of Islamic centers.

Today, these Islamic centers, many of which have since been renovated or replaced by multimillion dollar mega-mosques, still find their lifeblood in the annual commemorative Muharram gatherings. The small handful of families is now joined by hundreds, if not thousands, of others, especially in major cities across America. While many would consider this progress, this current state has created its own set of challenges. In this short essay I wish to raise some of these questions concerning how we understand ‘community.’

The first challenge involves how we measure success and chart the future of our communities and Islamic centers. When travelling to, or discussing, different parts of the country, Muslims will often ask “How’s the community there?” This question typically means a few things:

In other words, we often conceptualize community in quantitative terms. We want to know the number of Muslims and the number of programs in a certain locale. We want facts and figures to serve as benchmarks for success or failure, and in doing so we begin to ignore qualitative improvements, or even worse, equate the two. For example, we assume that a Muharram lecture series that draws 1000 attendees must be successful by default. This is not to say that quantitative measurements are useless or unimportant, but rather that we should be mindful of how we conceive of what a community should look like, how we measure its success, and chart its future. Deciding where to build mosques, who to invite to speak, what types of programs and topics are discussed, based only, or even primarily on quantitative measurements would be a disastrous mistake. Statistical analysis can give us a pulse of where the community’s sentiments lie and people’s interests, but they should not be a definitive measure that drives our policy and planning.

This overreliance on the quantitative is, in many ways, driven by the society we live in today. The contemporary paradigm of materialism is largely informed by an imbalanced reliance on quantitative measurement, where quantifiable facts always trump metaphysical realities. I would also argue however that this overreliance is due to our hurried desire for belonging in this part of the world. Throughout history up to today, the Shia find themselves under extreme pressure and overt oppression in many of the countries where they reside. By contrast, the Shia community here in America sees itself as having a unique opportunity to become established and ‘belong’ with relative ease. There is a chance to build mosques and institutions, and attend programs without worries about safety. In this sense, we are often comforted by the view that large numbers in our programs are a measurement of our success and progress.

The second major challenge we are facing is effectively defining ‘community.’ In order to build toward something, one needs to have at least some conception of that thing and its purpose. To build a chair, a builder needs to have some definition of what a chair is, as well as why the chair needs to be built. The builder should know that it has a seat, four legs, and a back. He should also understand that he is building the chair perhaps because there are people that need to sit.

The same principle would apply to building a community. How are we defining what a community is and isn’t? There is most definitely a Qur’anic paradigm and Prophetic narrative from which we can derive a principled understanding of what an Islamic community should look like. Unfortunately, it appears that we are instead making our decisions based on our flawed understanding of progress, without really pulling from Truth. Which Qur’anic terms are we using as we conceive of community? Because the Qur’an mentions several terms for various levels of collectivity (to mention just a few) [4]: 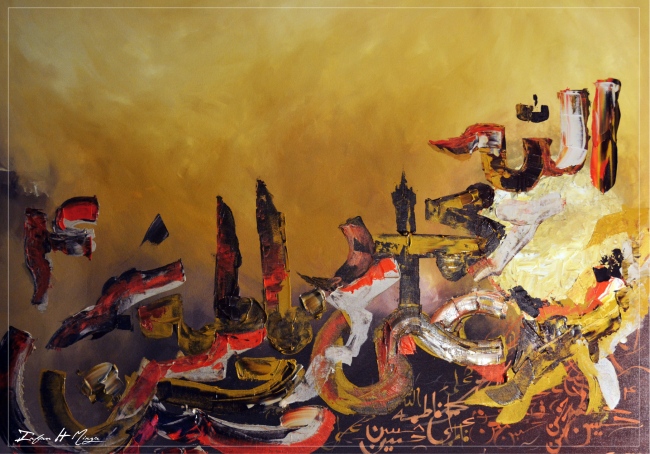 Defining a community would also include looking at its constituent parts. Currently, when we think about what a community is composed of we might consider things like people and the common space they will share. Beyond that, what else are we including as necessary for a community? Because if that is it, our interactions with the non-Muslim world are far greater than with the Muslim world; and the spaces we share with them including our offices, schools, shopping centers, etc. are far more accessed than the masjid we may attend once a week. Does that constitute a true community? If we are interacting with non-Muslims about 40-60 hours a week, and with our Muslim brothers and sisters maybe 4-5 hours a week outside of Muharram and Ramadan, practically speaking, what is our real community? Are we truly a collective Muslim community that finds itself within a non-Muslim society? Or are we simply Muslim individuals within a non-Muslim community who just happen to have tangential and weak connections to Muslims living near us more by accident than through conscious effort?

Here I would say that a community is more than just people and the buildings they construct. The earlier struggles and bonding over the majalis of Imam Hussain (as) has already proven that community requires a shared sentiment and vision; an understanding of where it is headed collectively. A few families gathering together in someone’s house shared a vision of the next step, and so they bonded as a community and made it happen. Today, though the next step requires a similar process, it requires more from the community and its individual members because of the shifting challenges society presents us. A community needs more than people, more than buildings, and more than a shared vision of where they are headed materially. It requires a shared vision of where they are headed metaphysically and existentially, and this requires major lifestyle adjustments. We have to begin to ask if a true Muslim community is sustainable when its members are working 40-60 hour weeks, for non-Muslim institutions that may not share our values. Is a Muslim community truly sustainable when it outsources educating its children to secular schools? Are Muslim communities sustainable when fathers see their children about 5 hours during the week and many mothers are forced to work because households need two incomes just to put food on the table? Are Muslim communities sustainable when its members see each other at most a few hours a week?

There is a very real danger in today’s society of limiting Muslim lifestyle to simply, ‘mosque-going.’ In this way we would limit the extent of our ‘Muslim-ness’ to attending Thursday night programs or wearing black in Muharram. The problem with secular society is not just the separation between “mosque and state,” but between “Islam and social culture,” between “Muslim individual and Muslim society,” between “daily routines and religious events,” and between “Muslim ethics and social norms.” Our community in this part of the world runs a risk of simply becoming mosque-going individuals, rather than maintaining holistically Islamic and ṭayyib [5] lifestyles as members of a truly Islamic community.

The commemoration of the tragedy of Karbala has certainly given life to the Muslim community throughout history, especially the Shia. It has guided us out of darkness and given us a proper perspective on reality. We must continue to return to Karbala and seek inspiration for the community as it faces evolving challenges, specifically in this part of the world.

Ya Rub by Irfan Haider Mirza

[1] majalis – plural for majlis. Group or gathering. In this context, refers to commemorative gatherings around tragic historical events.

[2] Ahlul Bayt – people of the house. Referred to by the Shia as the purified family of Prophet Muhammad (saw).

[3] Imam al-Hussain (as) – the son of Imam Ali ibn Abi Talib (as) and the grandson of Prophet Muhammad (saw). The third holy Imam for the Shia.

[5] ṭayyib – (No exact English equivalent) meaning good, pure, clean. In the Qur’an is often seen following ḥalaal (permissible) as in, “O mankind, eat from whatever is on earth [that is] permissible and good” Qur’an 2:168