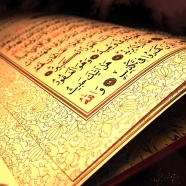 The events of Karbala hit a distinct chord within many individuals, be they Muslim or Non-Muslim.  It’s always a specific detail which ignites our heart and the feelings begin to overwhelm us.  On the day of Ashura each personality was significant, but we naturally incline to stories which we can relate to most.  For me, two things hit home and they will forever send shockwaves for the rest of my life.

We alway hear about the great night of Ashura when Aba Abdillah(1) (as) dimmed the lights and gave his companions the permission to leave.  They were well aware of their destiny the next day but not a single soul left, all remained steadfast in support of the Prophet’s grandson.  They spent the rest of the night in worship of their Lord, particularly reciting the Holy Qur’an.  Of all the things they could have been doing, they devoted their time to the recitation of the Kalam of Allah (swt). But one must remember that the companions of Hussain ibn Ali (as) were no ordinary companions.  They were special in every regard, hand-picked by Aba Abdillah himself.  I would think about this and I ponder on the status of the Holy Qur’an within their mission compared to that of mine.  I would go days or even weeks without picking up the very book which they spent the night engrossed in.  How can I claim to call myself his follower if I cannot even spend time to recite the Book of Allah (swt)?  Did Imam Hussain not say on the day of Ashura, “If the religion of Muhammad (pbuh) were not to stand unless by my killing, O swords! So take me?”  Is the Qur’an not the crux of the religion of Muhammad? 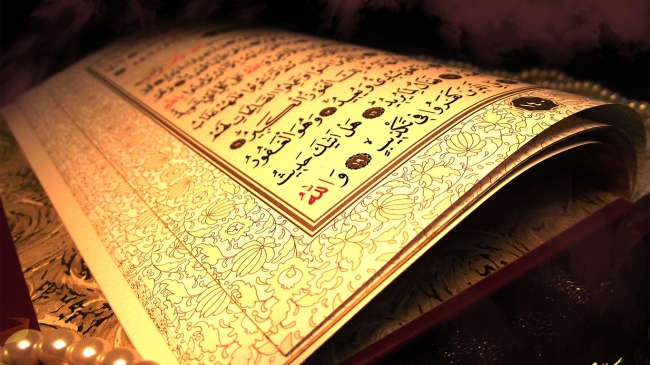 These questions visited me at a pivotal time in my life during the transition between high school and college.  Every teenager can attest to how sensitive this time is because he or she is trying to develop an identity for themselves.  We pick up on different trends in order to associate ourselves with different groups or peoples but we never look inside.  We rarely ever look inside to allow our true identity to sprout out.  Either we are too ashamed of where we come from or we never understood its true value to give any credence to it.  Up to this point I had been reciting Qur’an in gatherings for nearly 5 years and it reached a point where it simply became ritualistic.  It had gotten into it from a young age and it became somewhat of an accessory or a chore.  I had reached a fork where I would either choose to abandon it because I was “too old” for it now and I had better things to do.  But this didn’t happen, despite the amount of avenues available for me to give it away.  I felt like I possessed something too valuable to just leave behind.

During the Muharram of 2011 I learned about the personality of Zuhair ibn Qain al Bajali, the great companion of Imam Hussain on the day of Ashura.  My parents named me after this personality after hearing his name in a majlis on the 6th of Muharram, 22 years ago.  And sure I knew who he was, but I didn’t know who he was.  I never bothered to research who this individual was until that year.  I learned of his life and how he came to be one of the commanders of Imam Hussain’s army.  Historically he is categorized as someone who did not follow the school of the Ahlulbayt (as), but rather of Uthman.  As Imam Hussain (as) made his way to the plains of Karbala from Mecca, he met with Zuhair in a secret gathering.  At first Zuhair resisted, but his wife pressured him into meeting with the grandson of the Prophet.  No one knows what took place in this gathering, but it resulted in Zuhair joining the movement of Imam Hussain.  On the day of Ashura it is reported that he killed as many as 120 forces from Yazid’s army.

I simply couldn’t just ignore who Zuhair was.  I was named after a companion who had such an important role in the message of Imam Hussain.  It was a moment of enlightenment in my life which still ripples to this day.  All of a sudden I came to realize the value of things around me, in me!  I saw it as a sign from Allah which gave so much more meaning to my life.  There are lessons upon lessons which can be extracted from the tragedy of Aba Abdillah, and sometimes you just need the right pair of lens to see beyond the surface layers.  But the beauty is that these layers will never run out, they come from an endless pool.  Year after year we commemorate the events of Karbala but nothing about it gets old.  It’s a familiar feeling which we yearn for every year, and when it comes, we feel at home.

Today, Alhamdulillah by the grace of Allah and the Ahlulbayt (as), the Qur’an has a weightier position in my life.  It’s no longer a ritual or chore of just reciting but a process of having tadabbur, taffakur of Allah’s words.  And the amount of doors this has opened for me, is beyond comprehension.  I can never thank Allah for even a fraction of what He’s given me, let alone the blessings from the Qur’an.  2 years ago I had the opportunity to represent the US in the International Qur’an Competition in Tehran which gave me an insider’s look into its culture and environment.  I’ve made a pact with myself to be an ambassador of the Qur’an, to promote the book in different dimensions, in every opportunity I get.  The same book Husain ibn Ali spent the night reciting before his martyrdom. 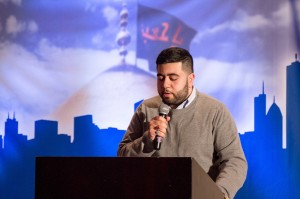 Zuhair Hussaini is a Qur’an reciter currently based out of New York.  He travels frequently to recite the Holy Qur’an in different congregations around the United States.  He is also a designer pursuing his Bachelors in Architecture and Design at the New York Institute of Technology.
YouTube – SoundCloud