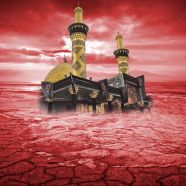 David Coolidge : Memories of a Majlis

This is my third year straight attending the Muharram in Manhattan majalis. To say that it has changed my life is, to be frank, an understatement. Like when I think back as to how I converted to Islam, it feels more like the unfolding of God’s Decree for me – to discover in time what our Lord has always known. May my seal in this life be sweet, by the Mercy of the Most Merciful.

On Judgement Day, we will viscerally realize that God can show us every moment of our life. May the accounting of my failures never happen, by the Mercy of the Most Merciful. When I realize this, I become more aware of how quickly time slips past, and how much we lose. I wish I could recall every moment of these majalis, and every moment of my ziyara to Iraq that it inspired. But I cannot. I cannot even remember every moment of the majlis that I just attended.

But what I can do is write something about the majlis right now for my benefit, seeking my Lord’s help, and hoping that it benefits you too. Because in the hopeful embrace of what we can do is the journey to what seems so far out of reach.

I thought tonight of how many times I have prayed to see my beloveds. But then the thought came: I can see Naqi, Mirzya, Faiyaz, Huda, Aqeela, Hadi, Reza, Trent, and so many more. And then Reza sent me a note on WhatsApp: “inshallah one day Allah grants us the tawfeeq to visit imam hussain together like the poem of the old man who visits his old friend.” And I felt God whispering to me, “Don’t worry. I can do anything.” 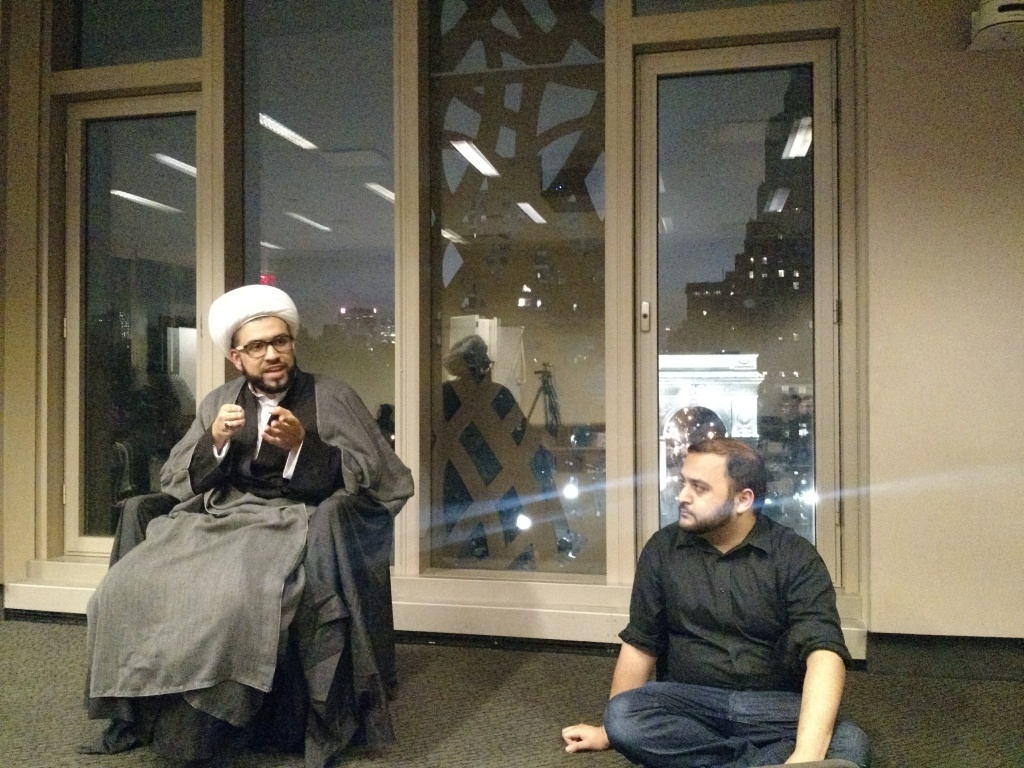 Naqi and Faiyaz on the night in question

During the lecture, Faiyaz spoke of justice so eloquently, and taught me a terminology I had never encountered before.

And as fulfilling as such a typology is for the critical mind, what fills the heart is the remembrance of Husayn. For I thought to myself on this night, “Theodicy died alongside Husayn at Karbala.” For who amongst the living can claim to be as pure as Husayn?! No one. And who amongst the living can claim to have suffered as much?! No one. In Husayn I find the answer to the questions of my youth, when I would cry for Native Americans and African slaves whom no one remembered in the town where I was raised. When I would cry for the lost majesty of the wild Earth, wishing I could have seen the old growth forests, clear rivers and massive herds of bison in pre-Columbian America. The pain that would well up when trying to imagine a young boy in Hiroshima looking towards the morning sky, and then losing his sight to a blinding fireball that moments later incinerated his body. A boy whose name I will never know.

It is this raging fire of human evil that the Qur’an warns us about. And sometimes it feels like the fire will consume us. But then Aqeela stands, and reminds us of who we are:

all of the angel’s concerns, God already knew
of the hatred that in hearts of flesh can brew
but unlike angels, he knew with an All-Knowing Sight
there may be darkness in man – but there is also light
that some might choose hate, but others would choose love
some would sink below animals, others would rise above
and those who rose would live such lives that would show
the truth of God’s reply: ‘I know that which you don’t know.’

that which he knew, and that which he taught to man
the knowledge of the stars, secrets of sea and land
such knowledge that angels bowed down in awe
but one being refused, arrogance was his flaw
a being created from fire, and such pride in this flame
said, ‘Fire’s greater than mud, I will not bow to clay.’

And I think of Imam Husayn again. An ocean of meaning, in whose cool water I wade, relief for burning feet. 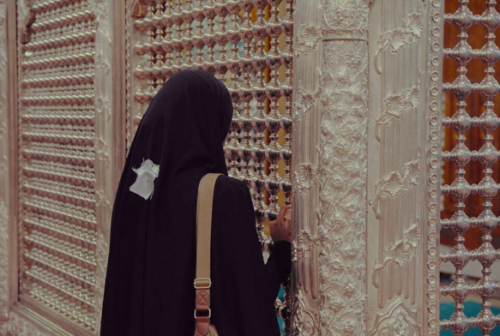 I breathe deeply, careful to fill my lungs with air. These majalis are like coming out of Plato’s Cave. But when the sun of Husayn shines, are our eyes ready to see? Does it take time to adjust to the brilliance? Or do we turn away, and run away back to the familiar shadows.

Trying to be sincere to Husayn is one of the most achingly beautiful and tragically difficult things I have ever done. Just last night, I had a thought so true that it shook me to the core, but whose reality I cannot utter. The only refuge is the remembrance that Husayn is more pure than me, and suffered far more. So what should I expect? Do I expect these to be easy choices, like going into a voting booth and just making a mark about whose team I am on? Is religion about some books that you studied with a teacher for a few years, or a shaykh who treated you kindly, or a masjid that meant a lot to you growing up? Or is it the epic battle between the people of clay and the raging fire?

It is most assuredly the latter. We are the followers of those who faced both Pharaoh and Samiri, beseiged on two fronts. The Qur’an itself declares that the worst of ends is reserved for Hypocritical Muslims (al-munafiqun), may the Merciful save us from being them or being harmed by them! And so when we gather to remember Husayn, we are really gathering to counsel each other to hold fast to truth and persevere. To prepare ourselves for the long road from Madinah to Karbala.

And so maybe that is my conclusion. That even though we are not Husayn, we provide each other with enough insights to keep moving forward. That although tomorrow I will be teaching my class, and you will be studying for an exam, and you will be sitting in front of a computer in your office, when we meet again tomorrow night, we will remember once more something God has always known, and take one step closer to becoming who we truly are.

May it be the people of Jannah, in the company of Sayyid Shabab Ahl al-Jannah and Sayyida Nisa’ al-‘Alameen, ameen ya arham al-rahimeen!

———————————
R. David Coolidge is an Adjunct Assistant Professor of Public Service at the NYU Wagner Graduate School of Public Service. Before joining NYU Wagner, Coolidge was Associate University Chaplain for the Muslim Community at Brown University and a Muslim Advisor at Dartmouth College. In addition to his work within secular higher education, Coolidge has served on the boards of various American Muslim institutions including Ta’leef Collective and Zaytuna College.