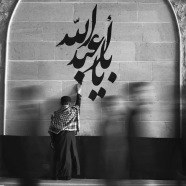 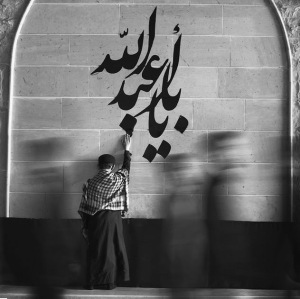 For 7 years as a student (undergrad and grad), and 6 years as a chaplain, I was directly involved in campus Muslim life. In that time, I learned that one of the most important elements of community building is intra-Muslim inclusion and respect. We could talk about many different aspects of diversity, but in this short article I would like to highlight the need to make MSAs more welcoming of Shi’i Muslims.

It was in my MSAs over the years that I met Muslims following the three largest branches of Shi’i Islam: Imamis (aka “Twelvers”), Bohras, and Isma’ilis. From them, I learned to expand my understanding of what truly constitutes the Ummah of Muhammad, blessings and peace be upon him and his family. I also learned of the various challenges that Shi’i Muslims face when in a Sunni-dominant Muslim space, which MSAs usually are. Given this reality, I have come up with some practical tips as to how to make MSAs more inclusive for those Muslims who identify as Shi’i. I did not come up with all of these recommendations – some were solicited from my Facebook friends as well as a group of campus chaplains. But I take full responsibility for what is contained herein.

1.Have an open attitude. We are all Muslim, so let us be inclusive of the different Islamic traditions, and try to understand the differences that do exist. Encourage an attitude of openness to difference, and be willing to make adjustments when differences arise, particularly when the adjustments help with bringing greater unity amongst all Muslims on campus. As a rule, MSAs should be “Muslim-friendly” – many Shi’i’s prefer to be understood simply as Muslims, and treated that way, while at the same time we have many Shi’is who, similar to their Sunni counterparts, seek to assert their particular perspective.

2.Have a small basket in the musalla with torbat (the small pieces of clay that followers of the Ja’fari school pray on). Not only does it make it more convenient for all students to pray (similar to having a hijab basket), but it also indicates to Shi’i students that it is a “safe space.”

3.Have a copy of the Nahj al-Balagha in the prayer area as well and maybe even host an event which explains its history and importance to the Shi’i tradition.

4.Have a Shi’i student give the adhan on occasion in the way that Ja’fari fiqh prescribes, and give a short explanation beforehand. Although it may be unfamiliar to Sunni students, there is nothing in the Shi’i version that is inherently offensive to Sunni students’ understanding of Islam. In countries like Kuwait that have mixed Sunni-Shi’i populations, both adhans can be heard on any given day.

5.Invite speakers who can connect with Shi’i students. For example, Eboo Patel can speak to both big inter-faith audiences on behalf of the entire MSA, as well as do small private sessions for the Isma’ili students.

6.When discussing matters of fiqh, try to include a Ja’fari representative among other Sunni voices. Respect for differences in fiqh should not be limited to only the 4 Sunni schools if there are Shi’i students on campus following a different madhhab.

7.Be sensitive to the later maghrib timing in Ja’fari fiqh (about 10-15 minutes later), in regards to both breaking fasts and congregational prayers. There is no harm in delaying the iqama for maghrib so that everyone can pray together.

8.If you have a diverse population attending jumu’ah, strive for inclusive language and references. For example, if a narration on a subject (tawba, for example) is found in both traditions, say something like “according to both Sunni and Shi’i hadith collections…”. Similarly, try to be balanced when mentioning the first four caliphs. Given that Imam Ali is well-respected by both communities, try to incorporate stories and sayings from him on a regular basis. Also, during the first two weeks of Muharram, at least give one khutba about what happened at Karbala. For many Shi’i students, this is one of the most important times a year, and completely ignoring it in the khutba sends a very negative message.

9.Elect Shi’i students to board positions at the MSA campus, regional and national levels as well as budget funds for Shi’i-focused programming.

10.Create space for Shi’i students to host programs on the first 10-nights of Muharram program, and/or the day of Ashura. For advice on how best to do this, contact the leaders of Muharram in Manhattan, who have hosted these programs in the Islamic Center at New York University for the last 5 years.

At a time when Sunnis and Shi’is are killing each other in various parts of the world, it is crucial that we come together across our lines of difference. We do not have to be the same, and we may even disagree strongly about certain things, but that doesn’t change the fact that we are all Muslims. May Allah make it easy for whoever reads this to be a source of healing for this torn Ummah, ameen.

———————————
R. David Coolidge is currently a stay-at-home father and volunteer teacher for the Islamic Center at NYU. Prior to that, he was the Muslim Chaplain at Brown University and Dartmouth College.

← Imam Hussain (as): Language, Perception and Reality Karbala: A Caravan of Mercy →

Leave a Reply to A Cancel reply