Karbala: A Caravan of Mercy

Karbalā’: A Caravan of Mercy

In the Name of God, the Most High. I write this seeking forgiveness for my own transgressions and shortcomings. All good is from God, and any mistakes are my own.

One of the most beautiful and salient aspects of Muḥarram is that it serves each member of the Muslim community in its own way. By its enduring nature, the tragedy of Karbalā’ is the impetus for profound change for all who approach it with a humble heart. Paradoxically however, the sheer magnitude of what can be gained from these nights forces us to limit the articulation of what Muḥarram means within the framework of our own pedantic vision. In other words, Karbalā’ is for many people, many things. For some it serves as motivation for socio-political justice; for others it may be a template for noble character traits. And while the message of Karbalā’ is universal, our internalization of it is often colored by internal and external factors. The various circumstances of our lives cause us to engage with Karbalā’ and derive benefit from this ocean of beauty in our own unique way. Especially since the Islamic Revolution in Iran, it has even become common place to attach temporal political movements and the oppression of various Shi’i groups with the likeness of the movement of Ashūra. However, as Imām al-Ḥussain (as) had sacrificed his life and the lives of those closest to him for Allah (swt), the Ultimate All-Encompassing Reality, the movement of Ashūra is no less than a reflection of that Universal Reality. To articulate the reasons for and the benefits of Muḥarram outside of the words of the Aḥl al-Bayt (as) would simply be attempts at grasping only the particulars.

On the other hand, unfortunately for many in our community, Karbalā’ is used as a springboard to vilify others. Whether it is people who approach Karbalā’ differently, participate in different types of rituals, or who don’t meet our external measurements of sincerity, Muḥarram is often a time of division as much as it should be a time of unification. It is not unusual to hear derisive comments about how other ethnic communities commemorate the martyrdom of Imām al-Ḥussain. We find it strange, and comical even, how some groups do matam [1] or express their grief. As an example, an issue that is still confusing to most people is whether or not to greet each other with the salaam on the day of Ashūra. As a result, many times those who either begin with salaam or consciously avoid it are looked at scornfully by those who practice the opposite. This is a matter in which there is no clear fatwā [2] or ethical norm, but because of peoples’ heightened emotional states, it’s not uncommon to walk away from meeting a fellow community member with an awkward or even disdainful response. 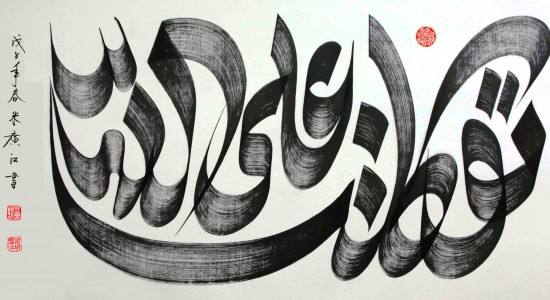 That is but one small example of a number of issues that become unnecessarily divisive during the month of Muḥarram. Hot topics like marja’iyah [3], zanjīr [4], differences in the historical narrative, all drum up our emotional sensitivities and become areas of contention within our communities every year. Perhaps one of the most disheartening comments are those that fallaciously attempt to peer into the hearts of our fellow brothers and sisters, and cast judgment on their sincerity as they approach Muḥarram and mourn for Imām al-Ḥussain (as). And now with Facebook statuses and Twitter feeds, it’s quite easy to vocalize these types of corrosive allegations without fear of repercussions or a sense of the damage they cause.

“How can she cry for Sayyidah Zainab (as) when she doesn’t even wear a ḥijāb?”

“Why is that guy doing matam? He doesn’t even pray.”

While the sentiments behind these types of comments may have some good intention, this is where the extremely narrow view of Muḥarram, and our attempt to monopolize commemorating the martyrdom of Imām al-Ḥussain become serious limiting agents on the road to building a meaningful sense of community. While the caravan of al-Ḥussain was traveling and eventually diverted to Karbalā’, various types of people were jolted out of their respective spiritual stations to elevate, and join him at different times. More importantly however, it was Imām al-Ḥussain that opened the door of mercy for those who joined him, regardless of their past.

The narrative of Ḥurr ibn-Riyāḥī is the clearest example of this level of forgiveness and mercy that Imām (as) had in his heart. Ḥurr was a man who, by his own testimony, was teetering on the edge of Hell and Heaven. Imām (as) in turn did not pressure Ḥurr beyond Ḥurr’s capacity. He didn’t rely on damning words or coercive actions, but allowed the circumstances to affect Ḥurr’s heart in whatever his heart was ready for. In other words, Imām al-Ḥussain (as) said and did what he needed to do to invite Ḥurr to truth, and not shut the door of mercy on him.

This isn’t to say that Allah (swt) is pleased with all people, regardless of their actions, and we should pass no judgment whatsoever. As humans in fact, that is quite impossible as we are constantly judging and categorizing the world around us as a natural process. Instead, perhaps Karbalā’ can teach us to open our hearts to empathize with, and understand the circumstances that are causing others to suffer, not only socio-politically, but also spiritually. As Karbalā’ serves us as a catalyst for spiritual rejuvenation, it would behoove us to at least refrain from blocking that same gift for others.

“The end of times would not come until the Muslims are like a rock in a river. They would not benefit from the river, and they would not allow others to benefit either.”

We are gradually heading toward those days where our own myopic visions of Muḥarram and tradition cause us to behave in ways that shun people away from Islām. It is said that Karbalā’ is a furqān, in that it separates the truth from falsehood. Perhaps we should consider letting Karbalā’ act as the furqān, and not our limited understanding of it. Let us only assist in creating the circumstances that allow ourselves, and our communities to engage with Karbalā’ in meaningful and transformative ways.

In concise, yet moving words as is typical of Rūmī, he wrote,

“Come, come, whoever you are. Wanderer, worshiper, lover of leaving. It doesn’t matter. Ours is not a caravan of despair. Come, even if you have broken your vows a thousand times. Come, yet again, come, come.”

The circumstances that surround many people are filled with despair and this modern world we live in is a troubling one for the heart of a striving believer. Fortunately for us, we have the legacy of Karbalā’. Karbalā’ is a caravan of mercy, a caravan of hope. As Sayyidah Zainab (as) said in the court of Yazīd,

These difficult times, not only for Shi’i, but for all of Banī Ādam require an expansiveness of the heart and a spirit of mercy and forgiveness. We shed tears at the magnanimity Imām al-Ḥussain showed even to the horses of those putting an ultimatum on his life, but that example seems to fall short of penetrating our sealed hearts. While we condemn others for crying while not observing particular rulings, it is ironic that we take no lesson from Imām’s (as) gentle heart and his readiness to forgive.

“Is one whose breast Allah has expanded to Islām, so he (walks) in a Light from his Lord (like the one whose heart rejects it)? So woe unto those whose hearts are hardened against the remembrance of Allah! They are in manifest error.” [5]

Though it may be easier at times to separate along lines of ethnicity and cultural expression, and to label others as ‘wrong,’ it is important to remember the latitude that Islām affords the Muslims. As a community, our first reference point is not the whimsical opinions of people, but the codified sharī’ah [6] as expounded upon by the highest ranking marāji’ [7]. It may seem strange and uncomfortable how one group does matam, how another reenacts the tragedy in tāzīeh [8], or how others mourn. This diversity however, is part of the universal appeal of Ashūra. Imam al-Ḥassan (as) is reported to have said,

“Indeed what you dislike about unity is better for you than what you like about division.”

It is not our prerogative to stand on the road to Imām al-Ḥussain (as) and block the path for those who we deem as unworthy. Instead, we ought to use these nights to rectify ourselves and if the opportunity arises, guide others who are also in need of mercy. On some level we all fall short of giving true reverence to Imām al-Ḥussain (as) and his tremendous sacrifice. With that in mind, our communities should open their hearts for all who are suffering from spiritual maladies and present Muḥarram as the remedy that it truly is.

[2] fatwā- a religious legal pronouncement, issued by an expert in religious law

[4] zanjīr- the act of cutting one’s self in mourning over Imām al-Ḥussain. typically done on the 10th night of Muḥarram.

[6] sharī’ah- the body of religious jurisprudence and law, serving as a third of the main sciences of Islam, the other two being akhlāq (ethics) and kalām (theology)

[8] tāzīeh- the dramatic reenactment of the events of Ashūra carried out in a few Middle Eastern countries, namely Irān and Irāq.

Some art in this post is by Master Calligrapher Haji Noor Deen, you can find additional information about the artiest  here: